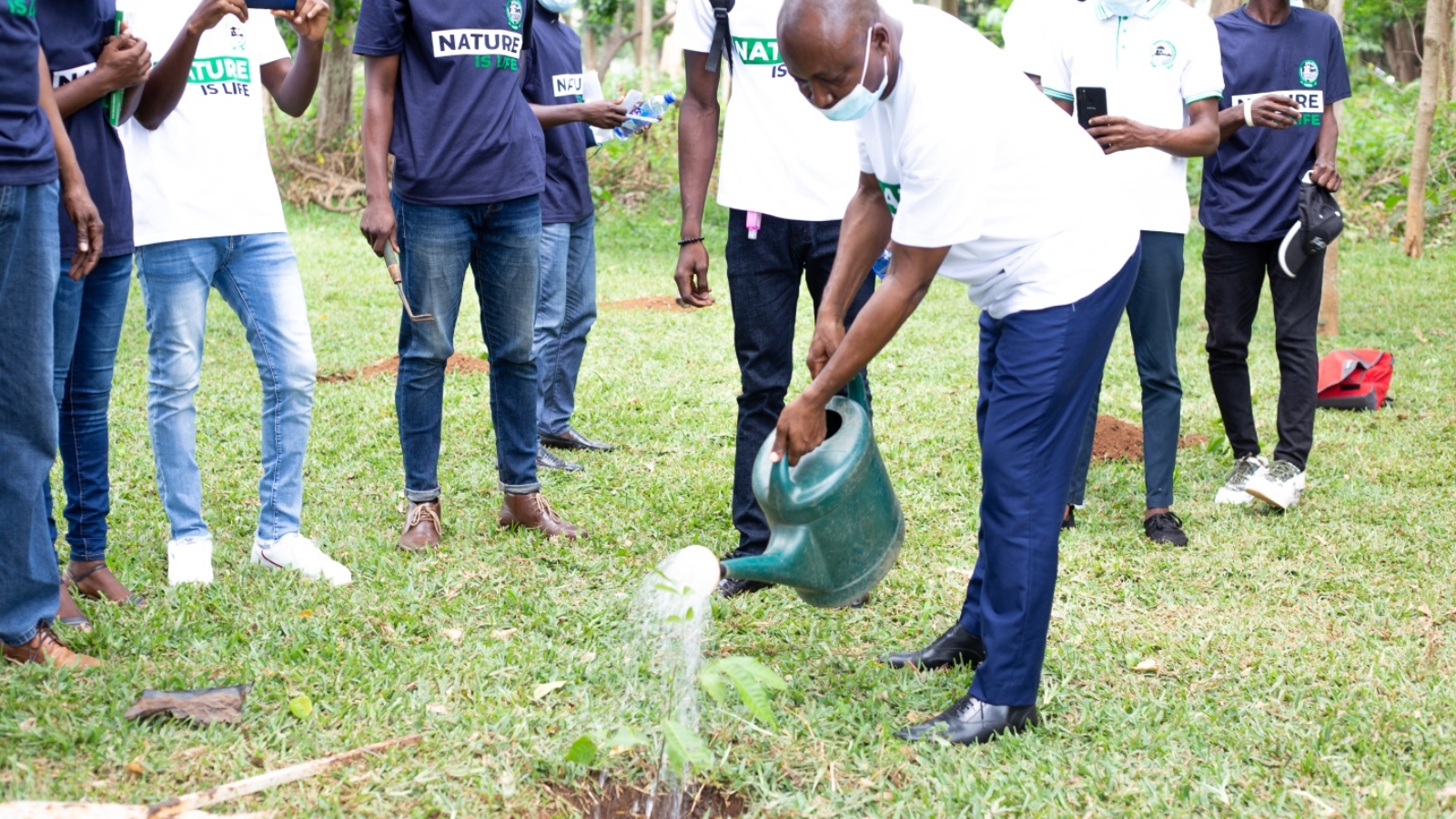 The School of Natural Resources in collaboration with the Natural Resources Student’s Association has celebrated this year’s International Day of Forest (IDF) at the Sunyani campus of the University on the theme “Forest restoration: a path to recovery and well-being.”
The event was held in line with the United Nations General Assembly’s day to mark 21st March as the proclaimed Day of Forest to celebrate and raise awareness of the importance of all types of forests.

The Dean of the School of Natural Resources, Dr. Mrs. Mercy A.A. Derkyi speaking on the purpose of gathering said as part of the celebration to mark the Day, countries are encouraged to undertake local, national and international efforts to organize activities involving forests and trees, such as tree-planting campaigns. She said the school marking the day also provided the platform for the University to collaborate with industries to find innovative ways of restoring the forest.

The Vice-Chancellor, Prof. Elvis Asare-Bediako who was the guest speaker for the occasion acknowledged that forest is an essential component of nature because to survive, humans need oxygen from trees. He reiterated the adage that ‘when the last tree dies, the last man dies.’ Economically, the Vice-Chancellor noted that the forest has contributed largely to the growth of the economy in diverse ways. He called all and sundry to help preserve the forest in the country. Prof. Asare-Bediako further stated that UENR as an academic institution is important to provide accurate figures about the reservation and degradation rate of the forest and also engage the media to educate the public about forest restoration. He applauded the School of Natural Resources for celebrating International Forest Day which hinges on the Ghana government’s agenda of land and forest restoration as mentioned by the President, Nana Addo Danquah Akuffo Addo in his state of the nation address.

The Bono Regional Manager of the Forestry Service Division, Mr. Noble Eshun speaking on the theme of the Day, noted that human beings are the core component of forest restoration because, since creation, God entrusted the forest to man. He noted that the creative and innovative activities of human beings lead to the destruction of the forest however it is required that measures are put in place to reserve it. Mr. Eshun indicated that forest restoration comes with a lot of activities such as natural regeneration, protection of forest against fires, planting of trees among others. Mr. Eshun mentioned the endangering of the lives of humans and animals, global warming and land degradation as some of the consequences of forest destruction. He acknowledged that activities such as charcoal production cannot be avoided however, measures are being put in place by the Forestry Service Division to allocate a portion of land to plant fast-growing species for such purposes

A debate on the topic “Forest, the Only Source of Life” was held by two teams from the Natural Resources Students Association. At the end of the debate, the team for the topic won a close contest with 67 points against their counterpart with 65 points.