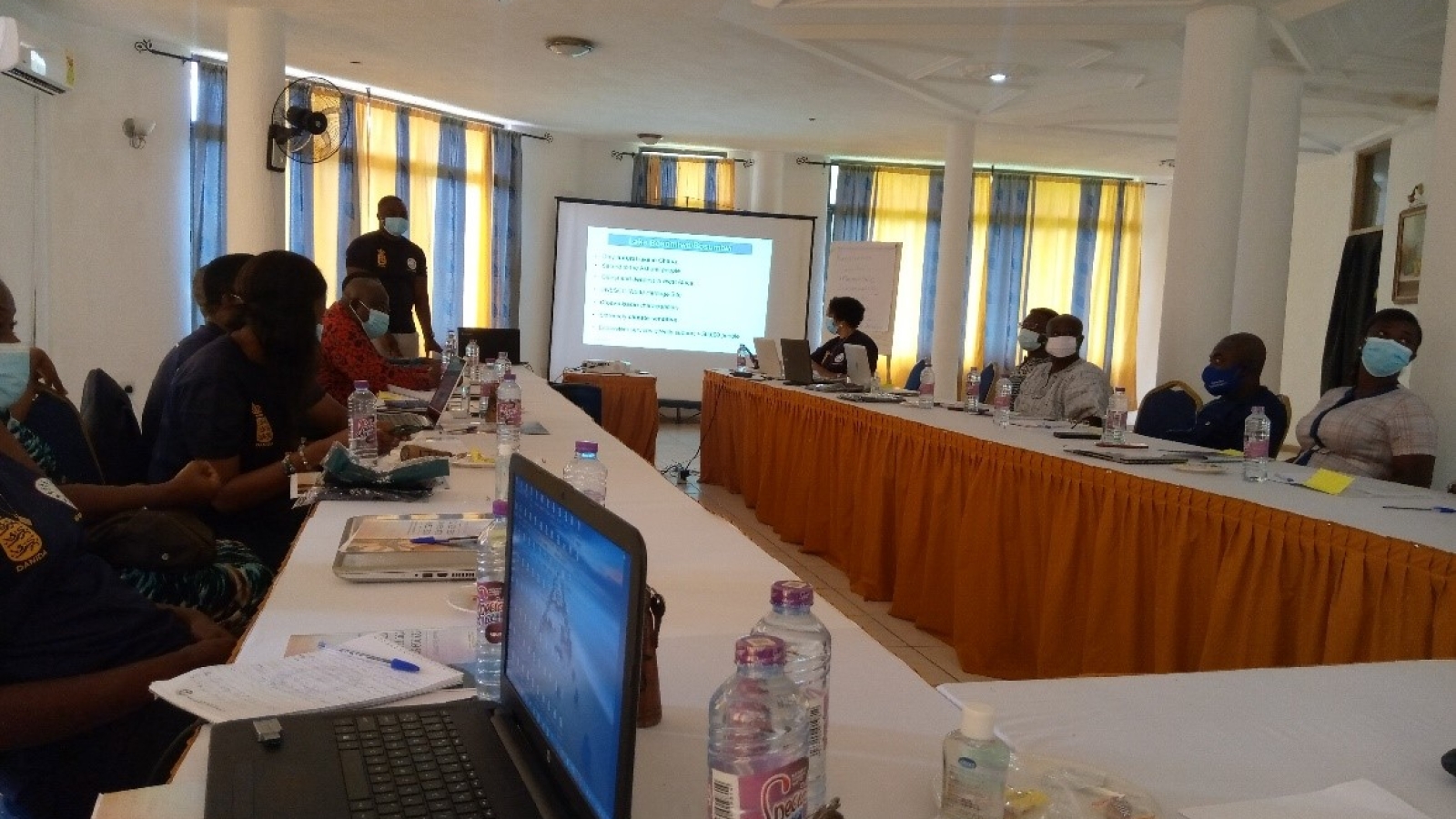 The forest cover around Lake Bosomtwe is fast depleting and is projected to reduce by two-thirds in 30 years.

While some people are clearing the forest cover for farming activities as a result of the depletion of the fish stock in the lake, others are also turning it into residential facilities.

This came to light at a stakeholders’ meeting of the Building Resilience of Lake Bosomtwe to Climate Change (RELAB) project at Abono in the Bosomtwe District in the Ashanti Region. The participants included representatives of the Water Resources Commission, the Environmental Protection Agency, the Ghana Tourism Authority, the Fisheries Commission, AROCHA Ghana, Bosomtwe District Assembly, Bosome-Freho District Assembly, and Community Resource Management Areas (CREMA) under a UNESCO biosphere reserve programme.

Presenting some of the findings, Dr. Mary Antwi of the University of Energy and Natural Resources (UENR) said while the forest cover kept decreasing, the lake was also receding due to excessive evaporation and inadequate rainfall attributed to global warming and climate change.

Using 1986 as her base year for the research, she said, both the closed and open forest areas around the lake had been decreasing at a rapid rate, projecting that forest around the lake could be lost in the near future if nothing was done to protect it. According to her, from 1986 to 2020, about 72 percent of the closed forest was lost to human activities while the surface water of the lake decreased by 3.5 percent. The research formed part of the RELAB project which is aimed at contributing to building capacity for sustainable lake and fisheries management and development of models for predicting future impacts of climate change and land use on the lake and its fish stock.

RELAB is a five-year project being funded by the Ministry of Foreign Affairs of Denmark through the Danish International Development Agency (DANIDA), at the cost of $1.5 million or 10 million Danish Krone.

The project is being implemented by the UENR as the lead institution, in collaboration with the Aarhus University, Denmark; the University of Ghana, Legon and Helmholtz Centre for Environmental Research (UFZ), Department of Lake Research of Germany.

Explaining the rationale for the initiative, the project coordinator, Dr Peter Sanful, said the lake was very sensitive to climate change and with the advent of the changes in weather patterns, there was the need to find out the effects of climate change on the lake.

The research was, therefore, to investigate the extent of effect the change in climate was having on the lake ecosystem, its fisheries and the livelihoods of communities who depended on the lake.

He said rainfall patterns around the lake had also changed, with the peak moving from May-June to September-October.

According to him, that had affected the turning over of the lake, thus, causing a state of perpetual stratification (the division of the water column into layers with different densities caused by differences in temperature or salinity or both).

Dr Sanful said the inability of the lake to turn over regularly was affecting fish production which was also affecting the livelihoods of the people around the lake who depended on Furthermore, the research was to find the effect of climate change on the lake and design models to predict the future to guide the management of the lake.